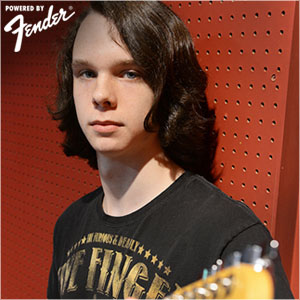 Facebook
" From a small town in Central Massachusetts, 17 year old guitarist Alex Starbard developed a fascination with guitars at a young age " 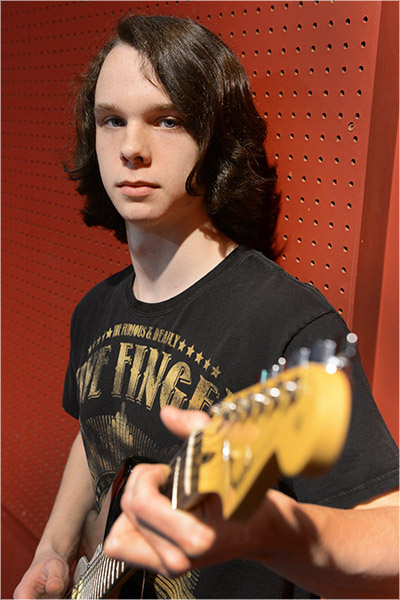 From a small town in Central Massachusetts, 17 year old guitarist Alex Starbard developed a fascination with guitars at a young age. He first picked up the guitar at around age 11, getting acoustic guitar lessons at his elementary school. His first guitar teacher noticed his desire to practice and improve, and encouraged his playing. Soon after, Alex got his first electric guitar for his 11th birthday, and his interest in guitars has not stopped growing.

For the first several years of his guitar playing, Alex listened to classic rock guitar players such as Jimi Hendrix, Ritchie Blackmore, Eric Clapton, and Joe Perry to name a few. He spent most of his time figuring out how to play their music, often learning by ear. His musical tastes changed quickly after his guitar teacher showed him Eddie Van Halen’s guitar playing. Soon after, Alex started listening to other shredders such as Steve Vai, Joe Satriani, and Yngwie Malmsteen. His obsession with rock music eventually branched into other styles of music, such as jazz, funk, and metal. His influences now range from guitar players such as Tosin Abasi, John Scofield, Pat Metheny, Nick Drake, to David Gilmour; and anywhere in between.

Alex’s fascination with guitar playing also lead to his interest with guitar building and repair. He would often take his guitars apart out of curiosity. This fascination grew into repair work, set-up work, and luthierie. He spends most of his time playing, building, and teaching electric guitar in the area. Alex maintains an active YouTube channel showcasing covers and original songs. The study of music theory or performance are in his considerations for college as he expects to spend his career in the music industry.
Official Website