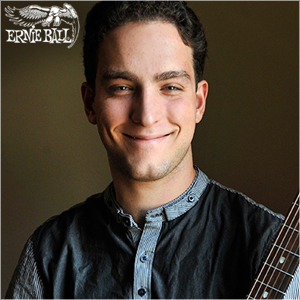 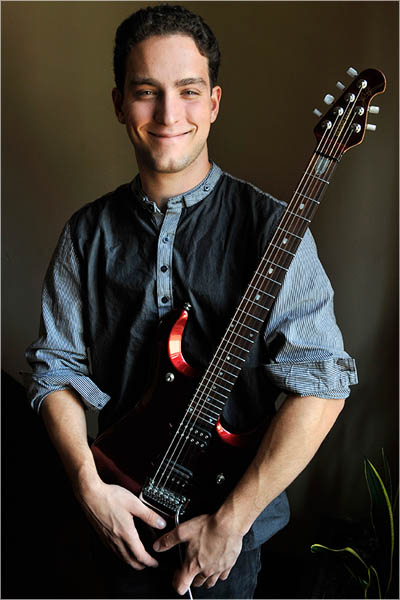 Armando Leibeck was born April 15, 1997, and raised in southern Ontario. Music was always a part of his life in one way or another, startng his collecton of albums at 9 and spending a majority of his birthday money at record shops. At the age of 12, Armando started guitar lessons through his grandmother’s guidance, quickly gaining appreciaton for the instrument. Rather than hang out with friends or complete school assignments, he practced by himself for hours on end once he had goGen home.

With the support of his parents, Armando took lessons from various teachers, exploring diﬀerent genres of music. In the beginning it was rock and heavy metal, then it became progressive metal, and now he focuses much of his tme on completng his RCM grades and studying jazz music. Incorporatng elements of diﬀerent genres into his music helps him ﬁnd inspiraton to create new tunes to keep both himself and the listener entertained.

Armando enjoys the live aspect of playing music as much as the practcing and writng aspects. He had played Burlington Ribfest and Oakville Jazz Festval at 15, and has contnued on to play many shows since then.

Armando started his ﬁrst progressive metal band at 16, roughly around the tme he had purchased his ﬁrst Ernie Ball Music Man instrument. His parents may not have enjoyed the seemingly endless band practces and jam sessions, but the band went on to play two performances at the Rockpile before spliVng up to focus on new things. Since then Armando hasn’t spent much tme on the genre, but stll enjoys listening and playing music from bands like Protest the Hero, Periphery, and Polyphia every once in a while.

More recently, Armando had been focusing on a Jazz fusion band which had played at the 2015 Burlington Ribfest and the Merriam Sky Festval. The band consists of either one or two guitar players at

tmes, bass, keys, and drums, making for a strong 4/5 piece band. They hope to play several shows around the GTA to get their names and music out there for the world to enjoy.