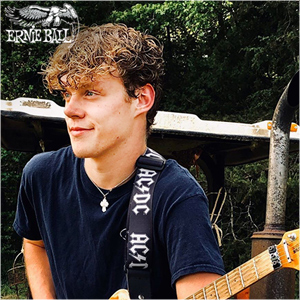 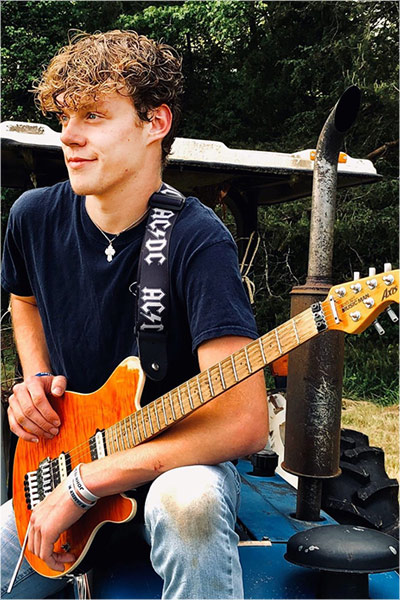 Brandon Casey- Born in Ridgefield CT and now lives in Lake Wylie S.C. Brandon has been playing guitar since he was 10 years old. Inspired to play by Eddie Van Halen, Brandon began watching YouTube guitar tutorials and began to finger tap like Eddie. When his parents recognized his passion for the guitar Brandon took lessons at the School of Rock in Ridgefield CT where he played venues like The Bitter End in NYC. By age 13 Brandon had the opportunity to be mentored by Harry Connick Jr and his band in NYC. Brandon appeared on the Harry show talented kids episode.Brandon is also active in sports and plays wide receiver for his high school football team the Clover Blue Eagles.