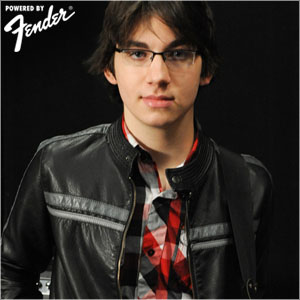 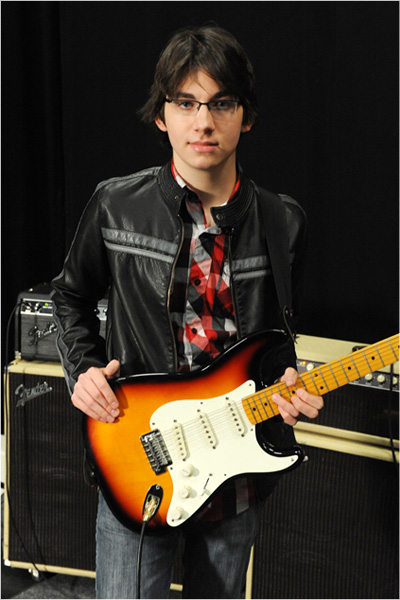 Coming from a strong musical background, Carson Brock started playing Guitar at the age of 4, and has devoted himself completely to it ever since. His Father, Kyle Brock, is a prominent bass player in the Austin music scene, best known for playing with Eric Johnson, and

The Electromagnets. “I used to watch a certain video of my Dad and Eric playing at Austin City Limits constantly! It was really one of the major things that inspired me to play music, definitely.” Carson is pursuing his career as a professional Guitarist in Austin, Texas and just released his debut solo record, “Signs”, which has been reviewed by Margaret Moser (The Austin Chronicle), Duggan Flanagan (OurStage.com), Livvy Bennett (The Austin Chronicle), and Austin 360.com and can be found on iTunes, Amazon, Waterloo Records, Rhapsody, and various other music sites. Carson has already begun recording new songs for his next album and says, “I’m hoping to get it all

wrapped up and finished by 2012, and I’m definitely looking to give this one a different vibe regarding the songs.” Carson and his Band which includes Chris Copeland (Blues Mafia, Joker, Public Soul) on Drums and Jacob Draper on Bass Guitar play all over Austin at nightclubs like Antone’s, Threadgill’s, and The Saxon Pub. We asked him if he is planning to do a tour? He said, “I would love to do a tour if that opportunity presented itself. I would definitely like to extend my music elsewhere and get out of the comfort zone a little bit.” We also asked him if his music had been heard out of the country? “Gee, that would be cool, but I don’t think it’s quite made it to that level yet.” He laughs, “Actually we did get the chance to go to Frankfurt, Germany for about a week to play NAMM. We won this band competition a couple years back and got to go up there, and that was a lot of fun and people seemed to really dig our music so that was cool.” There is no doubt that Carson has taken Austin, and surely he will do the same to everywhere else he goes. Carson is 17 years old, and living in Austin. He is currently unsigned.