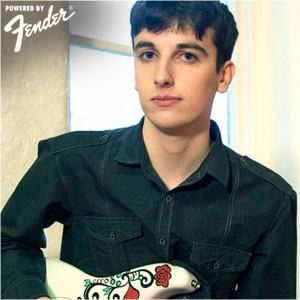 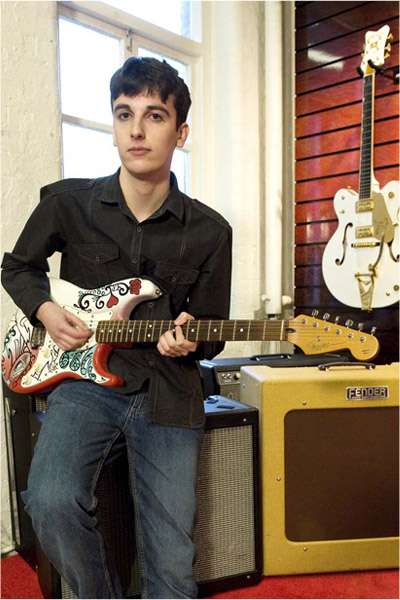 Chris started listening to The Blues when he was just 5 – at an age where most kids were collecting Pokemon cards he would often be found singing Hendrix songs in the garden, or strumming his dad’s old Ibanez guitar, trying to play the intro to “Hey Joe…”

But the real flashpoint came at the age of 11 when he was introduced to Stevie Ray Vaughan “Live at the El Mocambo” mesmerised by Stevie’s blistering performance of Texas Flood – playing as if his life depended on it, was enough for Chris to ask for his first guitar, a Fender Strat of course;

“I had been listening to his music for years as a kid, but when I saw him live onstage pouring his heart and soul into every note, something clicked and I knew from then on what I wanted to do for the rest of my life…”

From that minute Chris was hooked, spending every spare minute of every day teaching himself Stevie’s signature licks, and pouring through every record and video he could find to learn as much as possible about the style, history and significance of The Blues

This led him full circle to the music of Jimi Hendrix – the other huge influence on his playing, and to legends such as Robert Johnson, Albert, Freddie and BB King, Buddy Guy, Albert Collins and Eric Clapton, through to contemporary musicians: Robben Ford, Gary Moore, Kenny Wayne Shepherd, John Mayer and Joe Bonamassa..

Chris is now 17 and attending a prestigious Music College in the UK, playing with some of the countries best session musicians, to great reviews and building up a huge following online – but his dream is to take his music to a wider audience;

“I remember early on watching Stevie Ray Vaughan and John Mayer playing on Austin City Limits, and deciding that I wanted to follow in their footsteps – it’s always been my ambition and I hope that one day I will be fortunate enough to walk out on that amazing stage!”