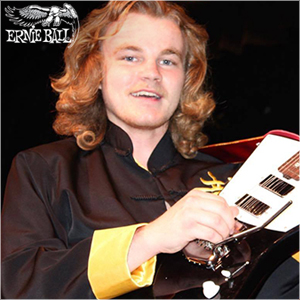 " Clay Vigo is a 19 year old guitarist from Riverside, CA " 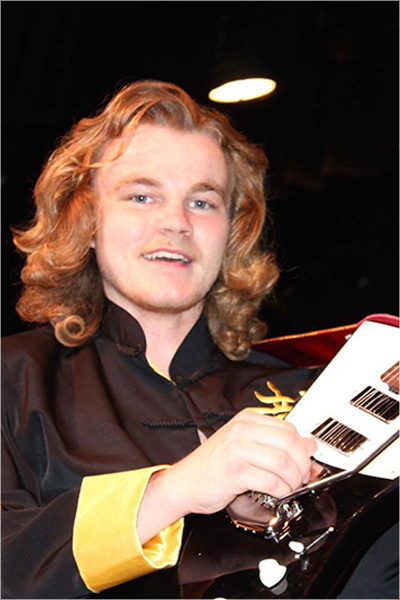 Clay Vigo is a 19 year old guitarist from Riverside, CA. He has been playing guitar since he was 9 years old and was inspired to play after listening to “Back in Black.” Clay’s main musical influences include Jimmy Page, Jim Morrison, Stevie Wonder, Tony Iommi, along with many other legends. Clay has had many great and diverse mentors which helped him create his overall sound and style. Playing guitar has opened many doors for Clay. Clay has opened for such greats as B.B. King, Leon Russell, Buddy Guy, Tab Benoit, and many iconic artists. He has also been invited to play at the Chicago Blues Festival for the last 4 years in a row consecutively. Clay received 9 scholarships from several prestigious universities. He attends CSULA on a music scholarship where he collaborates with like-minded musicians playing shows as well as recording together. His music is continually progressing and growing helping him mature into a well versed and extremely diversified musician. He cannot wait to see what the future holds for him. Clay is beyond excited to be part of the brotherhood and cannot wait to collaborate with the other members.