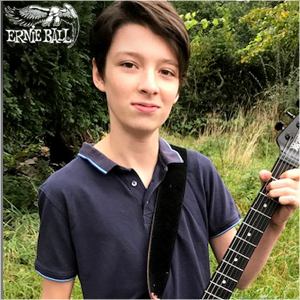 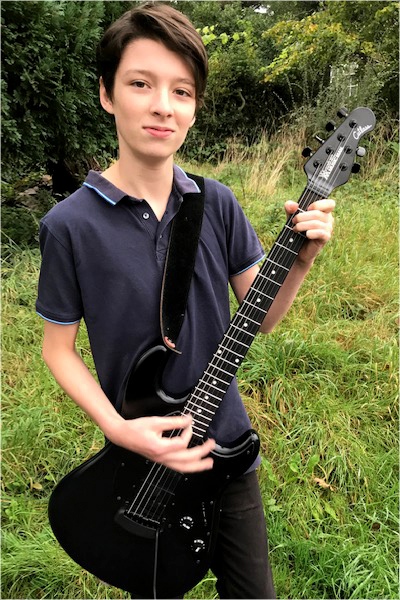 Daniel was born in 2005 and is from Leicestershire in the UK . His dad is a songwriter/ guitarist and mother is an artist. Dan has been playing the guitar since he was eight years old and have played in concerts , competitions and at festivals all over the uk. Dan was recently featured in the uk online talent magazine Torchlight Talent and Rivenmaster online talent magazine in USA. Dan loves busking most weekends, often raising money for environmental causes such as removing plastic from the oceans.

Dan loves playing and listening to rock n blues. His guitar idol is Steve Vai. Dan loves everything about the way he plays and how he moves on stage. Some bands he likes are Pinks Floyd, the Beatles, Polyphia and Muse. Dan also really likes Jimi Hendrix and Chuck Berry. In the future Dan would love to be in a rock/blues band. And would love to perform at the Dallas guitar festival next year.