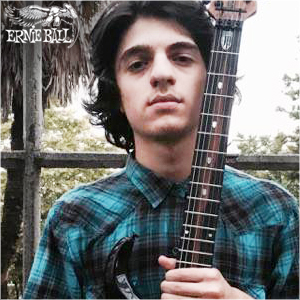 David Jgeria is a 16-year old self-taught guitarist from Georgia in Eastern Europe. He started playing at the age of 15. He performed for the first time at Tbilisi Fiestalonia International Festival, where he won the second place. His idols are Sergey Golovin, Richie Allan , John Petrucci, Jason Richardson By now, David is doing covers and is preparing to record his own compositions, which will take place in the near future. David practices for 5-6 hours everyday, is determined to follow his calling and is going to do everything to achieve his goal.