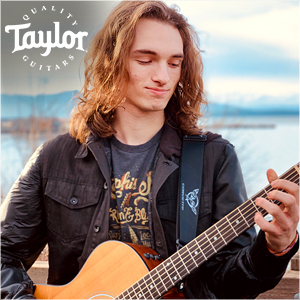 " Dominic Ermi is a 17 year old musician from Anacortes, Washington " 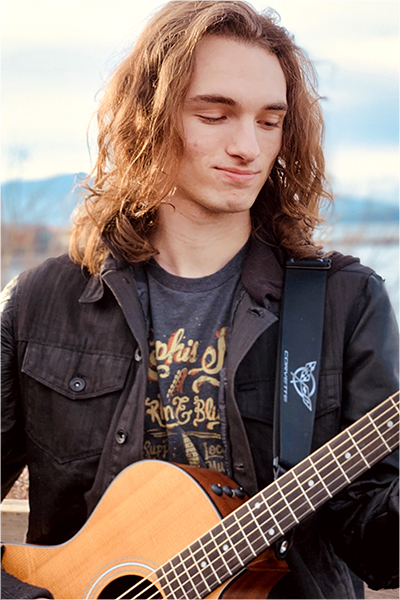 Dominic Ermi is a 17 year old musician from Anacortes, Washington.

Music has always been apart of his life from day one. His mom used to play Led Zeppelin on the way to preschool and Black Sabbath on the way home. Dominic has been playing guitar since he was eight years old after his dad taught him a few chords on an old guitar. Dominic quickly surpassed his dad and started teaching himself how to play. He also plays trumpet and is working on keyboard and vocals. Dominic loves all kinds of musical genres.

Dominic has been enrolled in School of Rock for the past two years. He is a two time School of Rock All Star since the age of 15 and has gone on two tours around the United States with them. He’s played huge venues like Red Rocks, Summerfest, Austin City Limits, and Bumbershoot among others.

Dominic also writes original music for his two bands. David’s Van is a comedic metal band that takes complicated metal riffs in combination with goofy vocals to create a new genre. His other band is Ristfut; a vibey indie rock group that plays festivals and shows in and around his hometown.

Dominic has also played with renowned artists. He’s shared the stage and studied with Mark Tremonti and Dweezil Zappa and played with multiple other bands and musicals as a guest artist. He enjoys playing jazz, rock, pop, indie, classical, progressive, blues, and metal.

Dominic hopes to go to the Musicians Institute of LA to study guitar and guitar performance. His goals are to be in a touring band, become a studio musician, and work with other bands as a “hired gun” guest artist, performing all over the world.