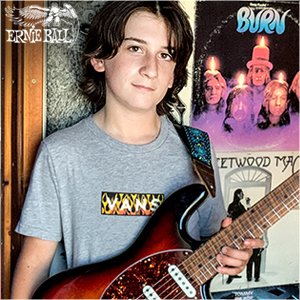 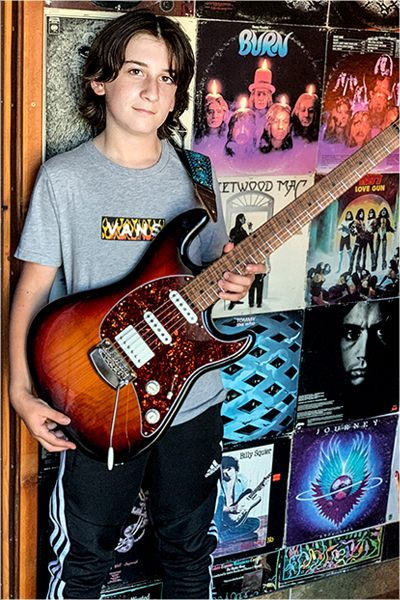 Harrison is a 12 year old guitarist from San Francisco, California. His playing style is influenced by classic rock artists, including Jimi Hendrix and Neal Schon. Harrison‘s interest in the Electric Guitar began at the age of 8. His dad introduced him to bands such as The Allman brothers, Derek and the Dominoes, and Led Zeppelin. During a trip to Los Angeles, Harrison was honored to be featured on Norman’s Rare Guitars YouTube Channel. Harrison played his first live show with a professional band at the age of 10, performing the Allman Brothers’ Blue Sky at Hopmonk Tavern in Novato. Soon after, he had the opportunity to play at the Regency Ballroom in San Francisco for the Bammies Reunion Concert, which also featured Neal Schon, Sammy Hagar, Pablo Cruise, Jefferson Starship, and Eddie Money.

Currently, Harrison plays lead guitar in a rock band called Cubed. The Band has written and recorded many original songs and has played at several venues in San Francisco and Marin County, including Hopmonk Tavern, Hotel Utah, The Marin Civic Center, The Marin County Fair, Iron Springs, and the former Record Plant Studios in Sausalito. Cubed also won first place at the Palo Alto Battle Of The Bands.