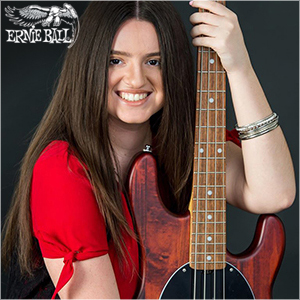 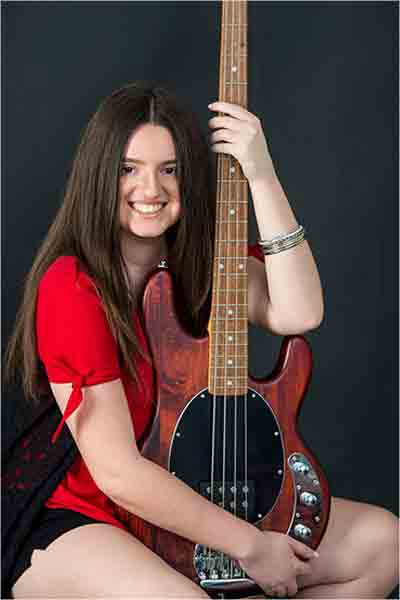 Jessica has always loved dancing and musical theatre since she was a child, but she never knew that she’d find herself as a bassist. Her love for guitars and rock music sprouted in high school, where she took beginning guitar, rock band, and AP Music Theory. One day, she picked up a bass guitar and fell in love with the feel and sound of the instrument. She decided to teach herself how to play and sing background vocals at the same time, a skill that came quickly to her. Eventually, she learned how to read music and devoted herself to studying music. In fact, she took music theory again in college and continued her studies as a business major and music minor. She has performed on many stages, many times alongside her brother, Jacob Elalouf, another Brotherhood member. Jessica, now 20, is currently the bassist for Exigent and working on original music with her band members. “It’s as though the bass chose me,” she says. “I never expected it. It sort of just fell into my lap and I just accepted it. Before I knew it, I found myself loving the bass.” Outside of the band, she sings, plays acoustic guitar and keys. She is extremely honored to be a part of the Brotherhood.