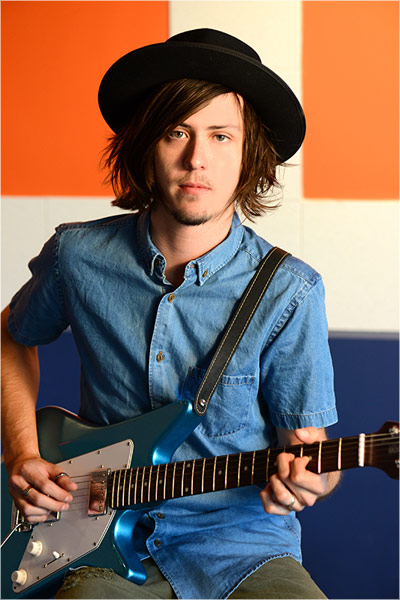 Josh Nordlund is a 24 year old guitar player, audio engineer and producer residing in Nashville, TN. After discovering an uncontested passion for all music at a very early age, Josh was eager to find the path to make art his way of life. Picking up the guitar at 11 pushed the desire for musical discovery even further, which led to playing in multiple alternative / rock bands throughout his adolescent years in Las Vegas, Nevada. At the age of 20 Josh moved from Las Vegas to Nashville to continue the pursuit of sound and ultimately ended up studying at Blackbird Studio’s: The Blackbird Academy for studio engineering and production. After T.B.A. Josh went to work opening up his own project studio known as “The Crow’s Nest,” and was brought on as the house engineer at Bikini Atoll Studio’s as well, making his ability to play and understand multiple styles of music a solid match for the saturated and versatile pallet of creativity being provided by the Nashville community.

Never straying from the original love for guitar, Josh also play’s for, works with and writes with many groups and artist’s in Nashville, including: Madame Athena, Concerned Citizens, Murder of Linneaus, Sky Temple Blues, Hannah Baldwin and a solo acoustic project.