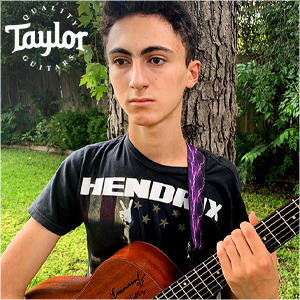 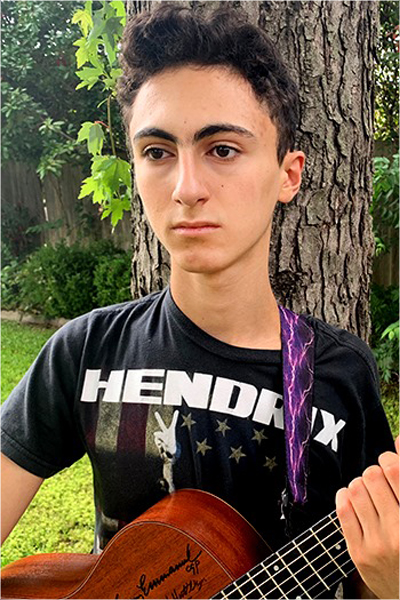 Noah Eckstein is a 15-year-old (in 2019) singer-songwriter guitarist from Texas. Since he first picked up a guitar at age 5, Noah has been fascinated by intricate tones and musical layering that produce complex and entertaining arrangements. As he mastered classical, acoustic, bass, and electric guitar techniques, as well as developed his voice, Noah fashioned an intricate approach to his music that incorporates fingerstyle guitar playing and tapping, as well as a wide-ranging singing sound. In 2017 and 2019, he was a finalist in the International Guitar Festival’s Texas 10 Under 20 Competition. While Noah has a diverse musical ear and enjoys various genres, he particularly gravitates to classic rock. Some of the artists and groups that have inspired his music include Boston, The Beatles, The Eagles, Fleetwood Mac, and Imagine Dragons. Noah is currently working on new, original music. He has played in a number of bands in the DFW area, and continues to perform at various venues in the metroplex.