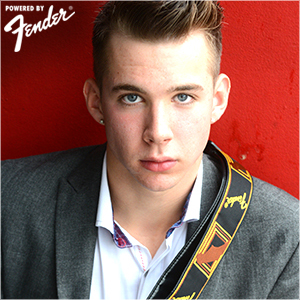 Facebook
YouTube
Twitter
" Raised on a steady diet of Jimi Hendrix, John Mayer, Alice In Chains and The Black Keys, Tacomaʼs Nolan Garrett is just as accomplished as a fiery axe-slinger as he is an ambitious songwriter. " 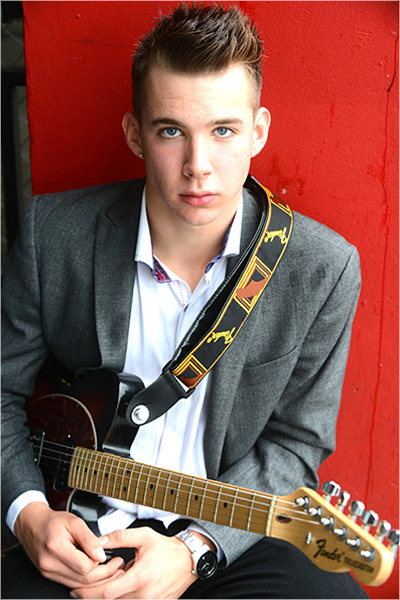 Raised on a steady diet of Jimi Hendrix, John Mayer, Alice In Chains and The Black Keys, Tacomaʼs Nolan Garrett is just as accomplished as a fiery axe-slinger as he is an ambitious songwriter. A mere momentʼs scan of his unique artistic amalgamation suggests an artist on the verge of something extraordinary as personified in his gutsy blend of timeless rock nʼ roll, sophisticated pop, elements of grunge and garage rock, doused with just the right of amount of blues on the fire.

For an artist of any age, itʼs surely an electrifying dichotomy, but considering Garrett is a mere 15-years-old, it suggests heʼs nothing short of a modern day prodigy. Yet even with youth on his side, the versatile performer is already a veteran of sorts who first started playing at age 8, took to the professional stage a year later and is currently criss-crossing the Northwest as a weekend warrior while he maintains a straight A average at the highly coveted Tacoma School of the Arts.

“I wasnʼt very good at sports, so I decided to try music and picked up the guitar, but when the day of my first lesson came around, I didnʼt even want to go,” he lets out with a laugh of those pre-teen beginnings. “But after my first lesson, I was hooked, and besides having a knack for it, I was able to get instant results where there wasnʼt any competition. I basically began playing all of the time, constantly striving to get better and improve, and wound up in front of 200 people within six months at a Relay For Life charity event.”

Aside from blowing away the crowd with his maturity, professionalism, and perhaps most importantly, playing chops well beyond his years, Garrett hit the open mic/jam night circuit with abandon. It was there that he met a slew of seasoned musicians at least twice his age, which led to further introductions of past and present greats spanning Stevie Ray Vaughan through Joe Bonamassa.

“From the moment I started, Iʼve loved the feeling of being on stage,” he observes. “Itʼs such an adrenaline high and itʼs the one place you can start going crazy without anyone yelling at you. Itʼs the place where you can really let loose, have fun and feed off the people cheering back at you.”