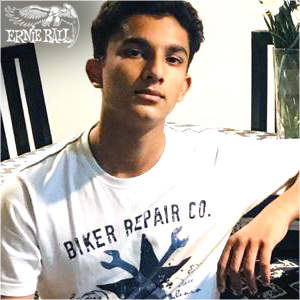 " Born and brought up in Bangalore. " 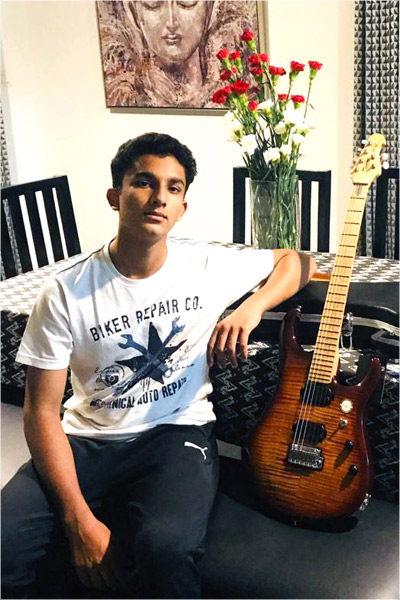 If you only listen to him play the guitar, you wouldn’t be able to tell his age. At 15, Pranav Sanjai is nothing if not a prodigy. Pranav has a generous fan following, thanks to his multiple gigs across Bangalore, and the competitions he appeared for as part of The G Minors, an emerging retro rock band. Born and brought up in Bangalore. His parents recognized the inborn talent and encouraged him to pursue his passions. Thanks to that, Pranav today is the frontman for The G Minors, a band performing artistes in vocals, drums, guitar and keyboard—none of them are older than 15. As a part of the band, Pranav has performed across the city of Bangalore and won several accolades. The G Minors is also Pranav’s first band, where he first started on the rhythm guitar. From his guitar solos you can make out that his favourite genre is classic rock. His favourite artists range from SRV to ACDC