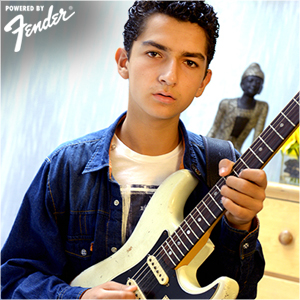 Facebook
Twitter
YouTube
" At the age of five, Ray Goren was already playing his favorite tunes by Thelonious Monk, J.J. Johnson, Miles Davis, and Oscar Peterson on a keyboard. " 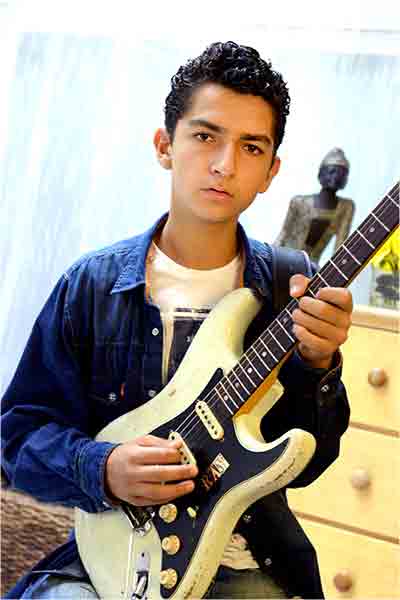 At the age of five, Ray Goren was already playing his favorite tunes by Thelonious Monk, J.J. Johnson, Miles Davis, and Oscar Peterson on a keyboard. A few years later, while searching Youtube, Ray stumbled on a clip of BB King, Eric Clapton, Jeff Beck, Buddy Guy and Albert Collins playing together. Before the day was over, with the Internet at his disposal, Ray discovered many other blues and rock greats including Albert King, Stevie Ray Vaughn, Eric Clapton and Otis Rush. After talking his parents into getting him a guitar, Goren found his calling. A few year later Goren started to write his own original music which draws from a wide range of influences in all musical genres.

In the spring of 2014, Ray went into the studio with legendary producer Eddie Kramer (Jimi Hendrix, Led Zeppelin, Kiss) to record The LA Sessions EP. Ray wrote all the songs and played all the guitars and most keyboards on the EP. Kramer enlisted Drummer Able Laboriel, Jr. (Paul McCartney), and bassist Paul Bushnell (Tim McGraw). The EP was released in June of 2014. His second EP called “Save My Soul” will be released in September 2014. Ray is Goren is an explosive live performer who has been playing in festivals all around the United States since he was 10 years old.