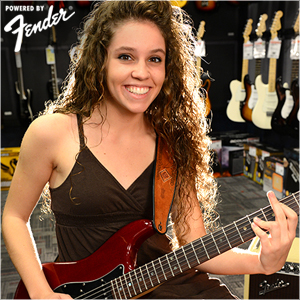 Facebook
" Sadie Johnson first picked up the guitar at the age of 6. " 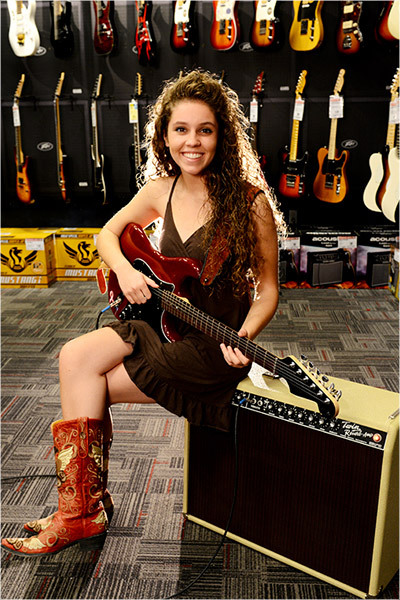 Sadie Johnson first picked up the guitar at the age of 6. She began playing blues at 13 during open mic nights at a local blues bar in her hometown. She quickly learned from the regulars, the art of improvisation, but could not be taught to play with the heart and soul, which she exudes on stage. During that time, she fell heard and fast for everything blues, including the music of Mr. Eric Clapton. Now 17, Sadie has become one of the most well rounded players in an alarmingly musical city. In addition to her jazz accomplishments, she has played with Samantha Fish, Kate Moss, Jimmy Carpenter, and Blues Traveler, to name a few, and her inspirations include Louis Armstrong, Doyal
Bramhall ll, Susan Tedeschi and Derek Trucks. This summer her band, The Sad Sam Blues Jam, will open the Blues from the Top festival in Winter Park, Co. before heading out on their inaugural US tour. She has just been named to the Brotherhood of the Guitar by Mr. Robert Knight.

In addition to her passion for music, Sadie is a compassionate leader with a heart for children and music therapy. She currently serves as a representative for Blue Star Connection, an organization that provides instruments to children with cancer and other illnesses. In a world where the gigs are usually about profit, Sadie herself summed it up best, saying “I play music not for the money, not for myself, not to be recognized. I do it because when I’m up on stage, there’s that one guy in the back corner who’s having a bad day … and he starts watching. And you entertain everybody, but you keep your eye on that guy the whole show. And by the end he’s having a great time.”