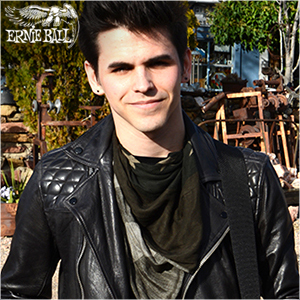 " Steve Costello not only writes the lyrics, vocal melodies and most of the riffs, he also brings a sincere stage presence and monstrous lead guitar chops " 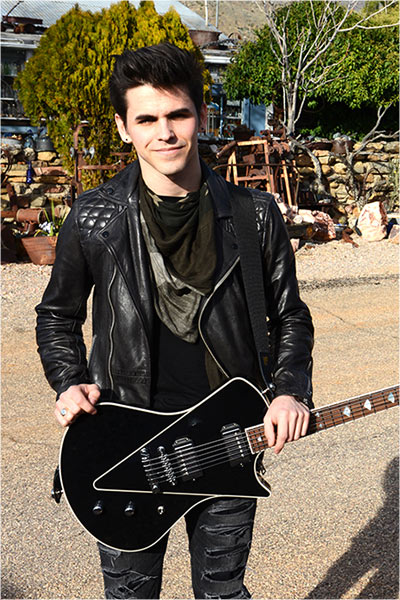 Hard-hitting original rock songs driven by classic guitar licks and heavy riffs are what Steve Costello has always strived for. And in the years since playing the Northern Ontario club circuit at the age of 13, he has more than adequately proven his ability to rock with the best of them. Now 23, has been doing what he loves best: entertaining.

As a teen building his chops, Steve found inspiration in the work of artists like Foo Fighters, Queens of the Stone Age and Joe Bonamassa; but his earliest influences were the legends—Zeppelin, Hendrix, Beck— and it is from these British Blues roots, along with elements of Rock, Grunge and Steve’s own considerable gift of invention, that he has managed to forge a fresh, signature sound. And nowhere is this sound better demonstrated than in his 2013 debut solo album, Steve Costello – Vol. 1, a powerhouse collection of 7 originals songs and a rockin’ cover of the Willie Dixon classic, “Evil.” Following its release both physically and digitally on iTunes, the album took his growing fan base by storm, and has lead to many new opportunities, including winning the 2013 LCBO Whisky Rocks Competition and opening for Theory of a Deadman in November of that year.

“Lead singer Steve Costello not only writes the lyrics, vocal melodies and most of the riffs, he also brings a sincere stage presence and monstrous lead guitar chops with highflying solos that surprised most everyone in attendance.”

Lithium Magazine
Steve also had the great pleasure of playing on the first run of “Keeping the Blues Alive at Sea” in 2014, an at sea Blues festival aboard the Norwegian Pearl. The festival included such blues greats as Joe Bonamassa, Robin Ford, and Robert Randolph.