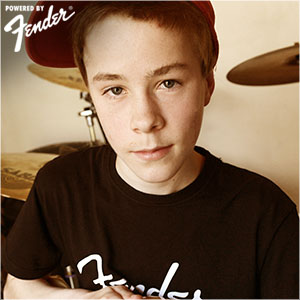 Facebook
" The moment Tom Holland heard his dad playing the opening riff to AC/DCʼs Back in Black on a battered old guitar, he was hooked. " 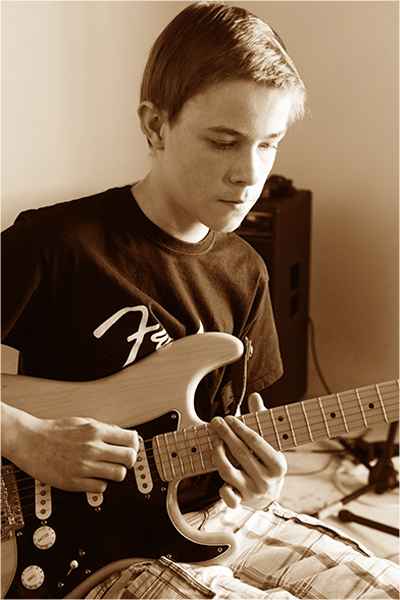 The moment Tom Holland heard his dad playing the opening riff to AC/DCʼs Back in Black on a battered old guitar, he was hooked. Tom, who hails from Northern Ireland, took up lessons at the age of 10 and has been devoted to it ever since. Tom comes from a musical family. His dad Steve played guitar in various bands and two of his aunts are London-based classical musicians. Now aged 15, Tom is hoping to pursue a musical career but admits he may be forced to leave Ireland to establish himself as a guitar slinger par excellence. “There are a lot of people playing rock and metal but hardly any blues players in Ireland,” says Tom.

Although primarily a blues player, Tom also has strong influences in jazz, rock and classical music. Tomʼs guitar heroes include SRV, Gary Moore, Clapton and Bonamassa but he is quick to stress that although those blues legends have been a huge influence, the teenager is keen to break new ground within the genre, taking in jazz, bluegrass and classical roots. Unlike many of todayʼs teenage tyros who seem to be given a new Stratocaster for every birthday, Tom has saved hard for every penny to buy his two beloved Fenders. And Tomʼs work ethic is also very much evident in his approach to his music. To Tom, the guitar is nothing short of an obsession. He wears a Strat constantly and has been known to spend whole days practising a run of a half-dozen notes. Ever the perfectionist, Tom wonʼt stop until heʼs happy with it. And when heʼs not playing guitar, Tomʼs talking to fellow musicians and watching other players, hoping to pick up licks to weave into his next solo. Tom is currently setting out on the next stage of his musical journey as he is taking his guitar out of his bedroom-cum-studio and on to the road. It should be an interesting ride. As long as there are guitar players around like Tom, the future of the blues is in safe hands.